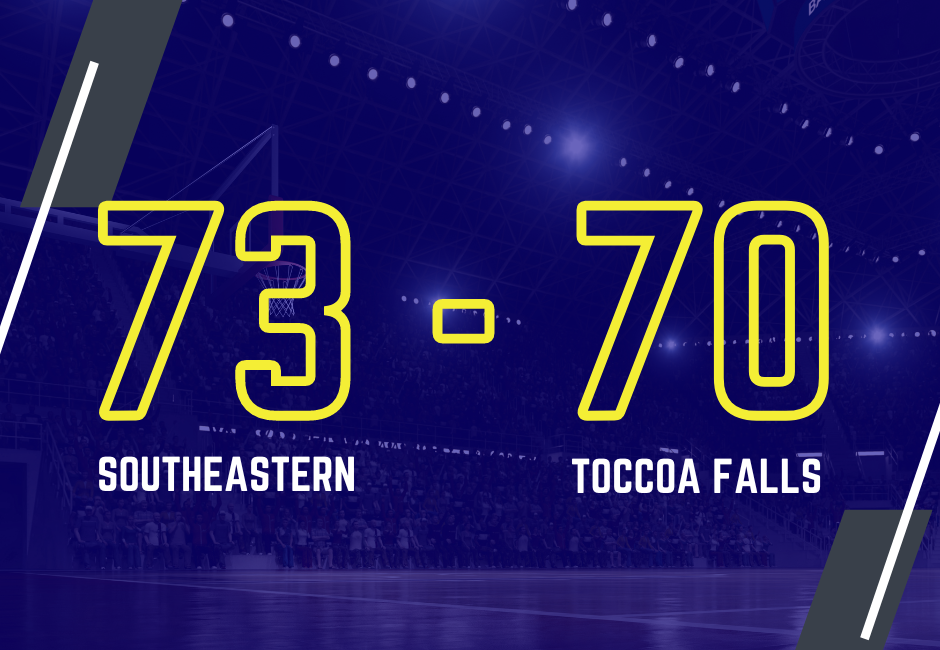 Jared Naylor, Reginald Jones, and Brannon Singletary hit double digits for The Chargers with Naylor hitting 11 of his 17 points in the first half.

The Chargers held a 4-point lead over the the Screaming Eagles going into half time with 18 points coming from the bench.  Jared Naylor sank a trio of 3-point shots and went 2-2 at the free throw line in the first half to help the Chargers hold at 36-32 as they headed into the locker room.

Omarion Carson sank a jump shot out of the gate in the second half as Toccoa fought to battle back.   Tied 70-70 with 16 seconds left on the clock, Toccoa called a time out with no remaining time outs on the book after drawing a foul, sending two Chargers to the free throw line and ushering SBC to a 3-point victory.

The teams tied 6 times with the lead hanging 5 times.  The largest lead of 14 points was held by the Chargers just under ten minutes into the first half.  The Chargers had a total of 37 points from the bench.

The Chargers travel to The W on Thursday, January 12, 2023.  Tip-off is set for 7:00 pm CST at Phol Gymnasium in Columbus, MS.  The game is scheduled to be broadcast by the Owls at https://owlsathletics.com/watch/Live=201&type=Live

Double-header :: The Chargers take on Delgado on Saturday, January 14, 2023.  Tip-off is scheduled for 4:00 pm, CST, following the completion of the women’s game at The PMC in Laurel, MS.  The gamae is scheduled to be streamed on Southeastern Baptist College Athletics Facebook.